ABOUT THE FILM
General Maximus Decimus Meridius (Russell Crowe) leads soldiers of the Roman army to a decisive victory against Germanic barbarians. It finally ends a long war on the Roman frontier and earning the esteem of the elderly Emperor Marcus Aurelius (Richard Harris).

Maximus was a high ranking Roman general in command of multiple Roman legions who served under the Roman Emperor Marcus Aurelius in his Twelve Year Campaign against the barbarians in Germania. He later served as a Gladiator in the arena after he escaped Commodus. He eventually killed Commodus, but died shortly after. 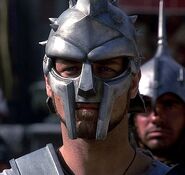 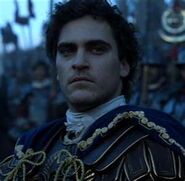